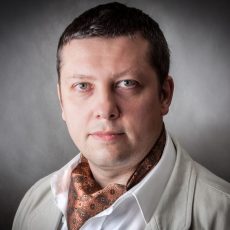 Since 2000, he has been co-working with professional notaries, and since 2008 he has be managing his own notary office in Białystok, with a wide range of specialties. He completed the mediation course at the Mediation Center of the Notaries’ Association.

In December 2004, during the Orange Revolution, he was the international observer in Donetsk. He was the originator and the co-founder of the Window to the East Foundation, established in 2008. Since 2009 he has been cooperating with the Republican Foundation, since 2015 he has been serving as the member of the Supervisory Board of Podlasie Institute of the Sovereign Republic, and since 2016 as the Board Member and Coordinator for Podlasie Region of the Polish Economic Society. Between 2012 and 2017, he authored and co-developed the “Backwater Project”. Involved in re-enactments of history and cultural events of the 16th/17th century, a neo-Sarmatian, sybarite and tippler.